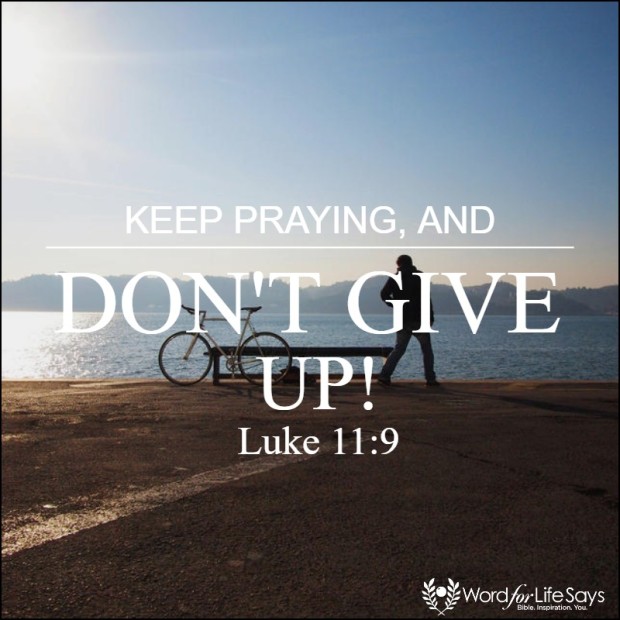 “Which of you shall have a friend, and go to him at midnight and say to him, ‘Friend, lend me three loaves; for a friend of mine has come to me on his journey, and I have nothing to set before him’; and he will answer from within and say, ‘Do not trouble me; the door is now shut, and my children are with me in bed; I cannot rise and give to you’?  I say to you, though he will not rise and give to him because he is his friend, yet because of his persistence he will rise and give him as many as he needs.

If you then, being evil, know how to give good gifts to your children, how much more will your heavenly Father give the Holy Spirit to those who ask Him!”

Keep praying – Never give up!