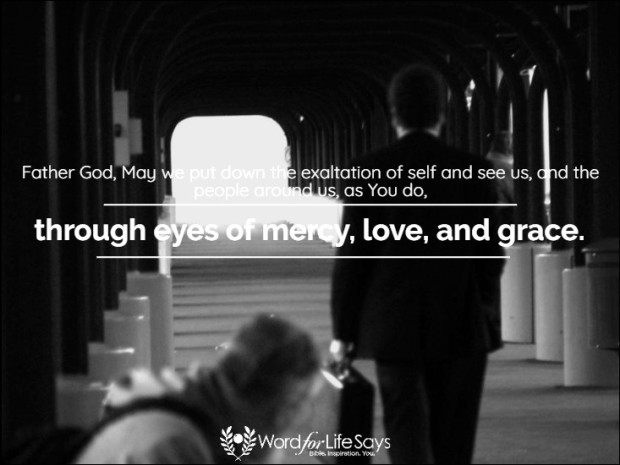 We’ve all heard someone express at one time or another, “You need to come down off that high horse!”  Whether it was said to us or another, the challenge is still implied for one to not think highly of him or herself, Romans 12:3.  People that are boastful and proud have a way of thinning out the crowds.  Their attitude is not attractive; therefore others will find an excuse to disassociate themselves from that person.

Us, who are saved by grace, also have to fight the urge to take on this superiority complex.  Too often we are just as prone to mount that high horse and ride off into the sunset, singing in a school girl tone, “We’re saved and you’re not . . . . . la la la la la la!”  Okay, so maybe we don’t sing in childish tones but that doesn’t mean we don’t act in childish ways; looking down our nose at a lost world as if we obtained this great salvation on our own.

The Bible is full of references that explain God’s feelings toward this particular subject: He hates it!  1 Peter 5:5 states, “God resisteth the proud!”  Those that display this ugly characteristic are not amusing God, rather they are pushing Him away.  He does not tolerate it at all.

In light of all that He has done for humanity His view is this, no one has the right to think he is something special when he is not – “All that, and a bag of chips,” if you will.  (Don’t ask.  It’s a funny phrase I often hear and I really haven’t figured out why adding a bag of chips on the end makes the perception of superiority that much more so  🙂 ).

Jesus hits the nail on the head in this story found in Luke 18:9-14.  Here He denounces the prideful Pharisees’ attitude of self-righteousness and He proclaims the greatness of the one who had a humble heart.  Did it seem that He was being too hard on the Pharisees; the ones who were the religious leaders of the day?

Not in the least.  Verse 9 tells us how their position changed their view of their relationship with God and with man.   First, He stated, they “trusted in themselves that they were righteous.”  Their rituals, rules, and regulations were how they measured and viewed their righteousness.  Their so-called ability to dot every “I” and cross every “T” ranked them above all others, securing their own righteousness.  No humbleness of heart was present.  No attributing their standing to the grace and mercy of God.  They “trusted in themselves.”

Secondly, their view caused them to “despise others.” Since nobody was as presumably holy as they were, they thought themselves to be on a higher level than everyone else.  They rode that high horse and they rode it a lot.

These two very wrong suppositions of themselves caused them to break the two greatest commandments that were ever written:

We all have to take careful heed to view our position in Christ in the proper way:

“To speak evil of no man, to be no brawlers, but gentle, shewing all meekness unto all men.  For we ourselves also were sometimes foolish, disobedient, deceived, serving divers lusts and pleasures, living in malice and envy, hateful, and hating one another.  But after that the kindness and love of God our Saviour toward man appeared, Not by works of righteousness which we have done, but according to his mercy he saved us, by the washing of regeneration, and renewing of the Holy Ghost; Which he shed on us abundantly through Jesus Christ our Saviour; That being justified by his grace, we should be made heirs according to the hope of eternal life.” Titus 3:2-7

Not one of us has the right to ride the high horse!