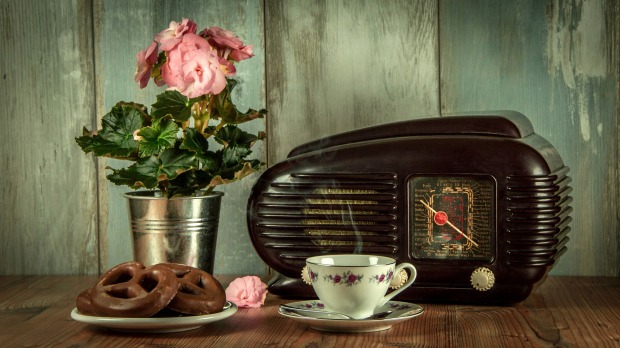 I absolutely love earplugs.  As someone who spends a great deal of time reading and studying, the ability to block out irritating and distracting noises is quite appealing to me.  I mean, really, I could be in the same room with someone watching TV, and with my trusty earplugs, I can continue in my little-secluded paradise of the book or materials I am going through and remain undisturbed.  The people around me can continue their activities all willy nilly and my little bubble of earplug world is protected.

Unfortunately, when it comes to the grand scheme of this thing called life, popping in earplugs to block out unwelcomed voices and interruptions is not so easy.  Yet, what we allow to seep into our hearing can shape you for the good or the bad.  It can influence your next move in life or totally debilitate you depending on what messages you are paying the most attention to.

We have the choice to tune in or tune out the right frequencies that will build our faith, encourage our walk, and bolster our energy that will inspire us to move forward.  Like those radios of old, we turn the knob until we get the right wavelength so that we can hear them playing our song.  And, when it comes to life and where God is leading us, we want them playing our song.  We want to hear things that are pleasing; things that encourage and lift up.

But, as the story of this world goes, that’s not always the case.  Negative is all around us so we have to be selective in what we receive into us, into our thinking, and into our faith.  Sometimes you even have to turn a deaf ear to your own inner voice.  You know the one; the one that expresses doubt and confusion where there should be none.

Every message and every voice we allow to take up space in us is something that will fill us with positive or negative potential.

Gideon was a man in the Bible who had to overcome insecurity.  He not only had to deal with his fear of what it really meant to go against such a large army with a few men, but he also had to tune out his own inner voice that expressed doubt about what God was going to do for him and the people against the Midianite army.

God directed Gideon to go down into the camp with one purpose: to tune him into a different channel of thought than what he had been listening to.  God wanted him to hear something different.  He said, “If you are afraid to go down, go down to the camp with Purah your servant, and you shall hear what they say; and afterward your hands shall be strengthened to go down against the camp,” (Judges 7:10-11, NKJV).

When he got into the camp unawares, what he heard changed his whole perspective on the move of God in his life.  There were certain men of the enemy’s army talking and one told the other of a dream he had: “I have had a dream: To my surprise, a loaf of barley bread tumbled into the camp of Midian; it came to a tent and struck it so that it fell and overturned, and the tent collapsed,” (Judges 7:13, NKJV).

The man who was listening to the dream admitted the truth he felt as its telling.  He said, “This is nothing else but the sword of Gideon, the son of Joash, a man of Israel! Into his hands God has delivered Midian and the whole camp,” (Judges 7:14, NKJV).  Gideon heard the enemy admit defeat before the battle was even fought because God was with the people of Israel.

When those words fell on Gideon’s ears it changed his perspective on the battle.  Those words fed his inner man with a healthy dose of courage and caused him to get into agreement with God.  He spoke to his fellow countrymen and gave this report: “Arise, for the LORD has delivered the camp of Midian into your hand,” (Judges7:15, NKJV).  He was ready to step into new territory of being victorious for God.  He was ready to take on this battle and win.