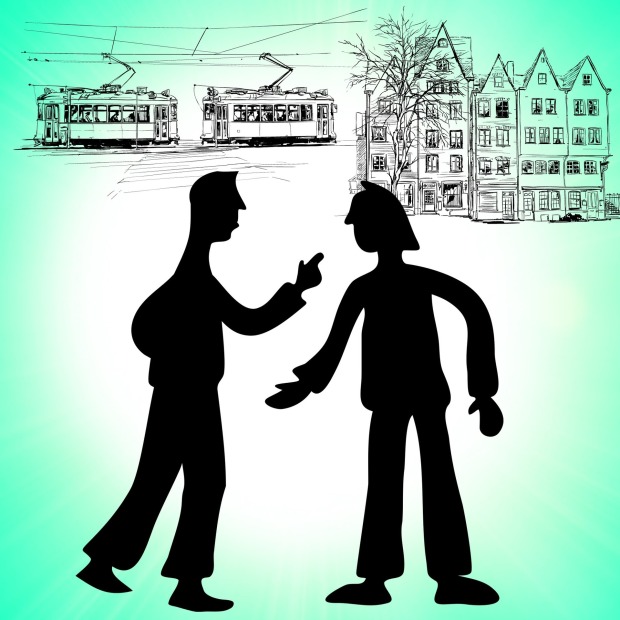 Jesus was perfect in every way.  There was no fault found in Him.  He always had peoples best interest at heart in anything He did.  He never sidestepped the will or the purpose of God.  He never compromised or fudged the truth.  He never sought to hurt, harm, or destroy others.  Yet, despite His flawless nature, there were those who still sat in wait and watched Him suspiciously.  What did they watch for?  “They watched him . . . that they might accuse him,” (Mark 3:2).

Know this, just because you’re anointed, doesn’t mean people won’t try to find fault in what you do to accuse you.  If anything, they will look all the more.

So, Jesus had these men watching Him for the sole purpose of seeing what they can say against Him.  Nonetheless, Jesus could care less about their verbal attacks and suspicious thinking.  What He cared about was the soul standing in front of Him.  He cared about doing what He was anointed to do.

At that time there was a man in the synagogue with a withered hand who needed to be healed.  The problem the accusers had with this is it was the Sabbath day.  Therefore, they watched.  They purposely looked for a reason to talk about Him and to try to discredit His ministry.

No one is above the scheming knick picking of the naysayers.  If they sought to attack and accuse Jesus, what more will they do to His followers?

But, Jesus didn’t let it deter Him from His purpose.  First, He asked, “Is it lawful to do good on the sabbath days, or to do evil? to save life, or to kill?” (Mark 3:4).  When they refused to answer He knew they were motivated by nothing but the “hardness of their hearts,” (Mark 3:5).  When your anointing is attacked you have to keep peoples possible motives into proper perspective (Jesus wasn’t the problem, it was the hardness of their hearts.)

Next, Jesus spoke to the man who needed to be healed and said, “Stretch forth thine hand,” (Mark 3:5).  The rest of that verse tells us when he did, “his hand was restored whole as the other.”  Jesus was anointed to heal this man.  In Luke 4:18 Jesus read and proclaimed, “The Spirit of the Lord is upon me, because he hath anointed me to preach the gospel to the poor; he hath sent me to heal the brokenhearted, to preach deliverance to the captives, and recovering of sight to the blind, to set at liberty them that are bruised.”  He was walking in the ministry God set apart for His life.

What is it God has called you to do?  Are we afraid to move into that area because of what people might say?  Please know, if they weren’t afraid to talk about Jesus, they will not be afraid to talk about you either.  Instead of letting it get Him down, Jesus continued doing what He was anointed to do.  He healed the man in spite of it all.  He knew their motives weren’t justified against Him.  He knew they were literally just looking for a reason to talk, Mark 3:2.  Does that mean we stop doing what God has called us to do?

Nay!  We are to rise above the accusers as Christ did and work the calling of God on your life. Jesus didn’t seek to justify Himself before their eyes, He just did what He was anointed to do.  More often than not one’s actions speaks volumes more than their words.

Does it mean it will stop them from talking and accusing?  No.  It goes with the territory.  It means in spite of what they say you do what God says.

I’m not going to say it doesn’t hurt when people talk about you, put you down, and speak against your ministry –  because it does.  No matter what they say about sticks and stones: words do hurt.  But Jesus even encouraged us in this area by letting us know, “Blessed are ye, when men shall revile you, and persecute you, and shall say all manner of evil against you falsely, for my sake.  Rejoice, and be exceeding glad: for great is your reward in heaven: for so persecuted they the prophets which were before you,” (Matthew 5:11-12).

Anybody who has done anything significant for His Kingdom gets talked about and attacked (see Daniel 6:4-5 and Acts 23:28-29).  Our job as individuals is to rise above the naysayers and accusers and do what God says; to be about our heavenly Father’s business no matter what.

SO REMEMBER, if you are walking in the will of God, just keep these three things in mind when your anointing is under attack:

Therefore, it all boils down to one sure-fire way to rise above the accusers of your anointing: