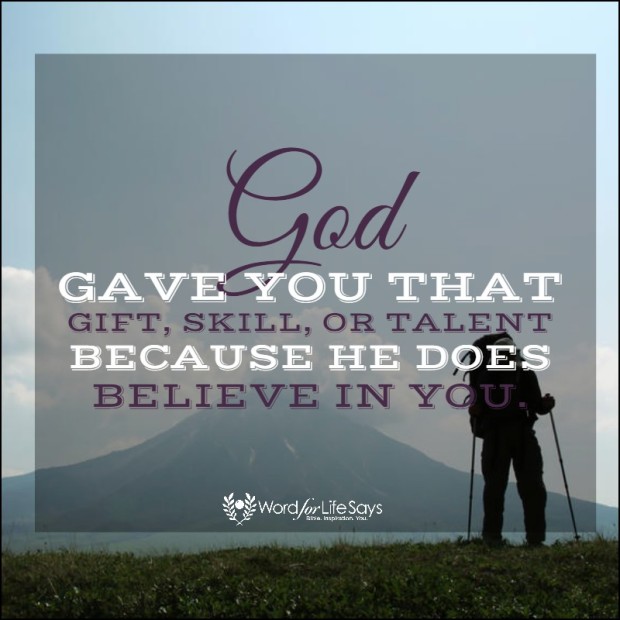 Support.  The look in another’s eye that says they see the potential in your dreams.  The interest there in seeing you excel greater than where you are; the prompting that pushes you into your destiny further than you ever believed you could possibly be.

To have one backing you in such a way means the world.  An earthly companion who hooks themselves to the future they see in you – marvelous!  But, what if it’s not there?  What if there is none who holds your hand and speaks words of encouragement to strengthen you to power through the fight, and press on?

As much as those pats on the back mean, they pale in comparison to the God who gave you the vision in the first place.  Often raising above the norm to see higher heights becomes a lonesome climb.  Despite the difficulties one faces in the process, God has never given up on you.  He believes in you.  He believes in the gifts and the potential He instilled in you.  That’s worth more than a million high fives.

And, as the seed of that potential grows, blossoms, and flourishes, He stands smiling, watching you step into the preordained path of excellence He had already purposed in your life.  He knows you can do it.  He has already seen the beginning from the end and the view is phenomenally pleasant when His children walk in their divine purpose.

God gave you that gift, skill, or talent because He DOES believe in you.  “For I know the thoughts that I think toward you, saith the LORD, thoughts of peace, and not of evil, to give you an expected end.” Jeremiah 29:11

One thought on “Believe in Me | Devotional”